Elections for Secretary General and the importance of democracy in school

Categorías
Bachillerato
Last Friday we had a chance to see democracy in action at our high school. After two weeks campaigning and a spirited debate, we finally held elections to choose Secretary General for our upcoming model of the United Nations: PlayaMUN. We had two candidates running, Valeria Raya and Ricardo Sap. Both are exemplary students and ran a clean campaign based solely on their character and proposed platform for the model. Voter turn out was 93% of the student body, which is very high for student government elections. It was a very tight race with the winner getting 53% of the votes and the second place getting the remaining 47%. 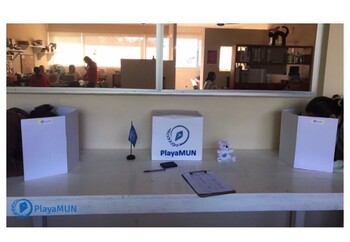 Valeria Raya ran a platform where she proposed to open debate on ECOSOC and Ricardo Sap on Security Council. They both had very good topics which they created by approaching the students and asking them about their interests and concerns. They both expressed the importance of learning how to debate with the purpose of coming up with solutions, for they are the generation of the future. 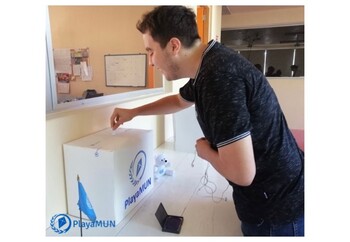 The democratic system is a way for students to begin approaching the world they will join as adults in a few years. They got the chance to approach the candidates, have their voices heard, watch them debate and ask questions later and finally use the power of informed voting to select the candidate they thought was the best for the job. This experience prepares them as citizens of the world. They will soon be in charge of making decisions that will impact the structure of their countries and rights of citizens, to name a few. Understanding the importance of being informed and questioning candidates is a skill we believe is crucial in the formative years of teenagers. 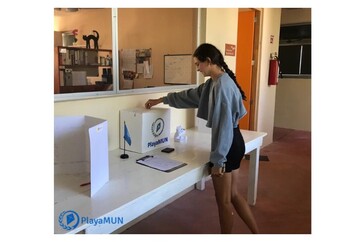 The learning experience doesn’t end here, students will get the chance to keep their chosen Secretary General accountable throughout the year. Making sure they’re available and fulfill their campaign promises. They will open constant debates with them so as to reach agreements where everyone participates. Since it was such a tight race, both the Secretary General and the Under-Secretary General will have to work together in order to match their proposals and make sure all the students’ voices are heard.

Finally, we want to congratulate Ricardo Sap on winning this election. We know you will do an excellent job during the upcoming model. We would also like to congratulate Valeria Raya on getting the Under-Secreatry General position. This was a very close race and we hope our students continue to learn and grow as we move along with this experience. 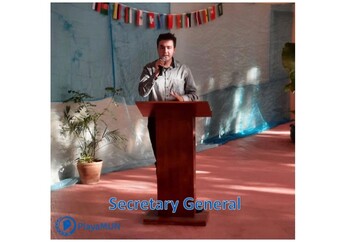 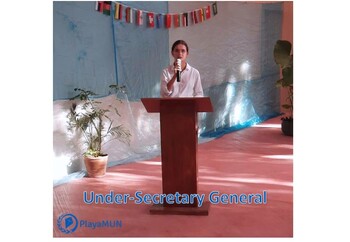